Self Guided Cycling Holidays in Finland

Been on a self guided cycling holiday in Europe? Maybe you have been to countries like France, Italy or Spain, well why not consider to go somewhere different for your next biking vacation. Well we would like to propose Finland as an option. Surprisingly enough Finland has only been an independent country since 1918, before this it used to be part of Russia, now even with its low population per square kilometre of land mass produces more patents than many other western countries. Turku used to be the countries capital now it is Helsinki, which sits on a peninsula and coastal islands in the Baltic Sea. Helsinki is home of the fortress Suomenlinna built in the 18th-century, the Seurasaari open-air museum and a neoclassical cathedral. If you were to travel north to the Arctic Lapland province you would most likely see the Northern Lights. Taking a self guided cycling holiday in Finland is a great way to experience the vast openness of the country, explore quaint historic villages, with unique architecture and breath in the clean fresh air, come on join a cycle tour in Finland, book now !

Biking in the Finnish Archipelago

This tour will allow you to island hopping by bike and enjoy stunning scenery with breath-taking wild nature.
from £865 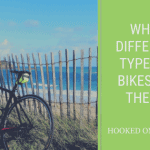