If you have been following us on Facebook (if not go follow us), you may have noticed we were in Italy recently. We were in Italy supporting our guests who were taking part in the 2017 Nove Colli. If you are interested in what happened and want to learn more about the Nove Colli, then continue reading below! 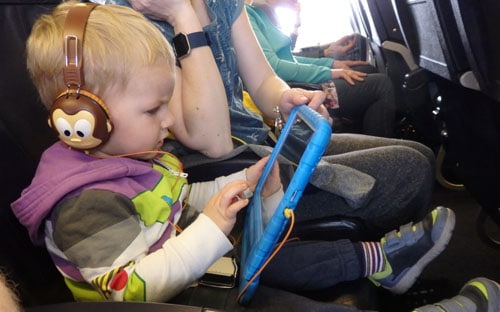 Our Friday morning was a very early start as we made our way to Edinburgh airport for 4.30am! The airport was extremely busy which meant a long wait at bag drop. Luckily when we headed to security we joined the family lane (a bonus of having kids!). After a quick breakfast, we then headed off to board our flight to Bologna.

The flight was relatively painless…apart from myself and my youngest having painful ears on landing. At least I couldn’t hear him crying due to my ears being so painful!

Upon arrival at our family-run hotel, we were instantly made to feel at home. Just one of the many qualities we look for in picking hotels for our tours. The boys were taken straight into kids club while we checked in. My boys and I had been upgraded to a 2-bed suite (perfect for families) which is on the top floor. However, I made the mistake of using the stairs to reach the top, only to find you can’t reach the top by the stairs you need to go in the lift! Lesson learnt; take the lift.

As we all settled in, we then got the boys and headed for a spot of lunch at the hotel buffet. The hotel caters for food intolerance’s which is great as my boys are gluten and milk free. It can sometimes get a bit stressful finding the correct food while travelling in a foreign country. However, the hotel made it simple for us, which meant we could relax knowing the boys would be well looked after.

After our tasty lunch, we then headed off for a walk to find out where the finish was for the big event on Sunday.

It was then a slow walk back before dinner at the hotel in the evening.

Jon along with some of our guests headed out on a morning bike ride to enjoy some of the Italian cyclings that the area has to offer. While everyone was out enjoying their bike ride myself, Sue and the boys headed out for a walk. Unfortunately, we must have bought the good old Scottish weather with us as it started to rain. Being used to rain we continued walking around the town and looking around the shops. We also managed to find a shop with suitable snacks for the boys to eat (big win!). By the time we left the shop, the heavens had opened and we made the decision to run back to the hotel. I’m sure we gave the locals a good laugh!

Retreating inside we dried off with a drink at the hotel bar (non-alcoholic) and caught up on emails while the boys watched a cartoon on their tablets. As we dried off the sun came out so we decided to head back out to explore some more. We should have learnt our lesson the first time as the heavens opened again and we retreated back to the hotel just in time for lunch. Tucking into our lunch the cyclists arrived back and joined us in a bite to eat.

After filling our bellies we decided to head back out for a walk (3rd time lucky!) and walked up to the finishing area again. We didn’t expect it to be so busy and found that there was a kids bike race taking place; much to the disappointment of my eldest son who wanted to take part. Waiting around we watched the riders depart and walked back towards the hotel to see them coming back in over the finish line. The spectators were cheering the kids on and there were many different ages taking part; always a great thing to see!

By the time we got back from the event, there was just enough time for some downtime before dinner.

For the cyclists it was an early morning, leaving the hotel at 4.45 am to cycle to the start line. While Jon and the rest of the guests set off the non-cyclists had a bit of a lie-in before breakfast. About 10 am me, Sue and the boys set off up the road towards the finish line. On the way, we saw some of the riders finishing the short route which we stood and cheered them on for a while before heading off to explore. There was a play park nearby which we let the boys play at, it was at this point we heard the helicopters overhead. This turned out to be the first riders of the long route coming back in. It was like a scene from the Tour de France with motorbikes and cameras capturing every moment.

Nearly Time For The Finish!

We left the noise behind and took the boys towards the beach where we found a lovely place to have our lunch. It was soon nearing 1.30 pm so we decided to head along to the finish as Jon had said he was hoping for a 2 pm finish. As we neared the finish line we saw 2 of our guests finishing the shorter ride, unfortunately, I couldn’t grab the camera in time. Note to self get the to finish line earlier next time! The finish line was so busy and noisy we agreed it was best to move further away. We walked back to the spot where we had stood in the morning and put our bags down to start cheering on the riders.

Jon was the first over the line just before 2pm which was under his 8 hours ride time which he wanted to beat from last year. Nick and John were next in 25 minutes later. Nick went for a sprint finish as he whizzed past us. At this point, the boys were starting to flag and the heat was becoming too much. So once, Jon, Nick and John had reached us and we listened to their stories from the event we headed back towards the hotel for a well-earned rest.

That evening was the Gala dinner which like previous meals was very tasty. The boys had their special meals prepared and gobbled down their food as they were only interested in one thing…the special cakes that the chef had made for them.

As it was getting late we said goodbye to our guests as we would be up early in the morning to catch our flight back to Edinburgh. They told us they had a great time doing the event and were looking forward to the rest of their week at the hotel.

Another early morning to take our taxi transfer back to Bologna airport to go back to Edinburgh. Once through security, we had time to reply to emails before jumping on the plane. As per usual we arrived back to a rather wet Edinburgh. While Nick took the boys home to rest, the rest of us headed back to the office to continue replying to emails.

Why Not Take Part

Want to take part in the 2018 Nove Colli? Then send us an email and we will keep you noted when our prices are updated. We may also be back again next year supporting our guests as many of them are now “Hooked” and want to try it all over again!

If you want to read what it’s like from the rider’s perspective then have a read of Jons 2016 Nove Colli Experience from last year. You can also watch our footage below from our weekend in Italy. We would definitely recommend if you are looking for a great challenge to take part in the Nove Colli!

If you need any further help then please don’t hesitate in contacting us! 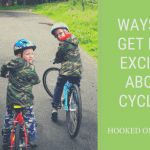 Ways To Get Kids Excited About Cycling
May 13, 2021Sammie 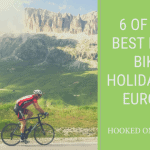 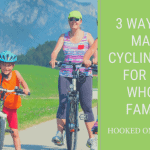 3 Ways to Make Cycling Fun for the Whole Family
April 1, 2021Sammie
Book With Confidence: For the latest information regarding COVID-19, please
READ MORE
We use cookies on our website to give you the most relevant experience by remembering your preferences and repeat visits. By clicking “Accept All”, you consent to the use of ALL the cookies. However, you may visit "Cookie Settings" to provide a controlled consent.
Cookie SettingsAccept All
Manage consent